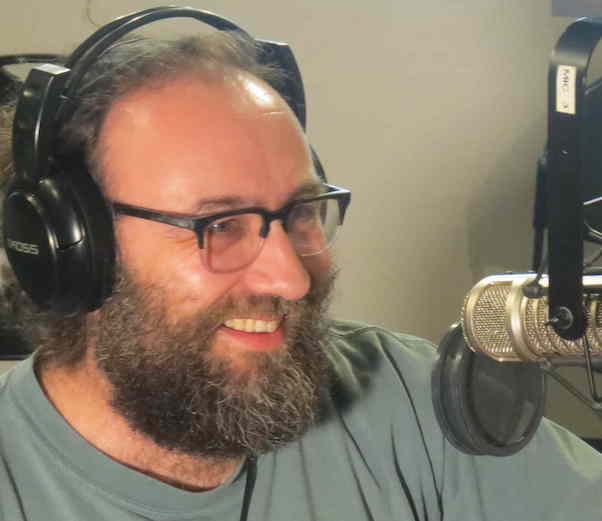 Thorne Dreyer's guest is Pete Gershon, author of Collision: The Contemporary Art Scene in Houston, 1972-1985, the raucous, delightful, no-holds-barred story of how contemporary art came to Houston. (Clue: It was a collision!) In this expansive and vigorous survey of the Houston art scene, Gershon describes the city's emergence as a locus for the arts. Cheech Marin says that "...Pete Gershon puts you in the middle of this wild, dynamic scene..." And, according to Bill Arning, director of Houston's Contemporary Arts Museum, "Gershon is not afraid of big personalities and their grand mythologies. In tackling the history of art, artists, and nascent institutions in Houston, Gershon has found clear narrative lines in the cast of thousands that built the culture here.... Collision also functions as a case study and how-to guide for building sustainable cultures outside the glare of New York." Pete Gershon is the program coordinator for the Core Residency Program at the Glassell School of Art at the Musuem of Fine Arts, Houston. He is also the author of Painting the Town Orange: Houston's Visionary Art Environments. Pete Gershon lives in Houston.
Photo above: Pete Gershon on Rag Radio at the KOOP studios June 7, 2019. Photo by Roger Baker / Rag Radio.
Rag Radio is produced in the studios of KOOP 91.7-FM, an all-volunteer, cooperatively-run, solar powered community radio station in Austin, Texas, in association with The Rag Blog and the New Journalism Project, a Texas 501(c)(3) nonprofit. It is streamed live on the Internet at KOOP.org and Radio Free America. The host and producer of Rag Radio, Thorne Dreyer, is a prominent Austin-based activist and writer who was a pioneer of the ’60s underground press movement. The show’s engineer and co-producer is Tracey Schulz and the staff photographer is Roger Baker; Suzy Shelor is Rag Radio associate; Alice Embree is guest host; Glenn Smith and Roy Casagranda are our political analysts, and Evan Hearn is the Rag Radio apprentice. The syndicated show is broadcast (and streamed) live Fridays, 2-3 p.m. Central) on KOOP, and is later rebroadcast and streamed on WFTE-FM in Mt. Cobb and Scranton, PA., on Houston Pacifica's KPFT HD-3 90.1, by KKRN, 88.5-FM in Round Mountain,  CA, and at WALHRadio.com in Wilmington, OH -- and as a featured podcast at Veterans Today. Learn more about Rag Radio here.
Running time: 55:51
Contact:  ragradio@koop.org.